The interaction between domestic animals and humans has not been free of conflicts, and dog attacks represent a real problem, not only for the health consequences, but also for the possible criminal, and can affect the legal or financial outcomes. 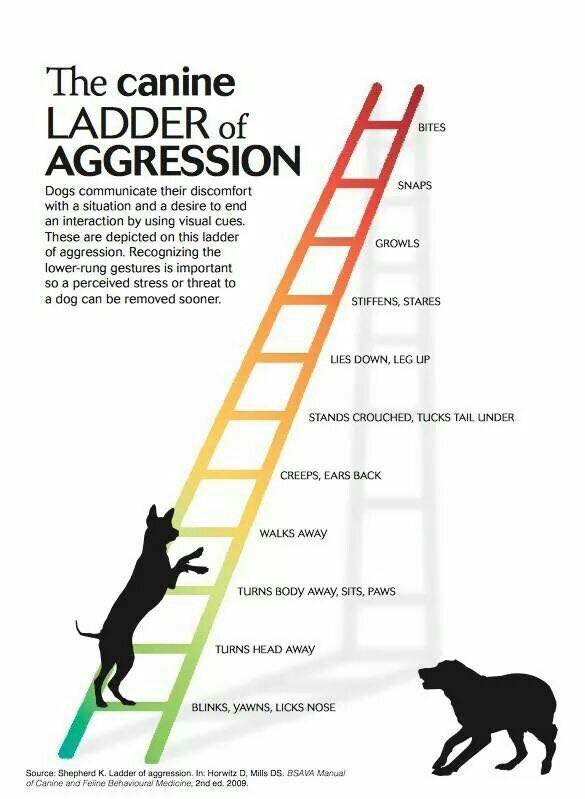 Severe dog attacks are a probable product of many factors not only animal related but also victim related.2,5,14 A public health program that aimed at reducing these incidents could be directed to both of them, but the major strategy has been the promotion of a breed-specific legislation (BSL).1,13,44,45 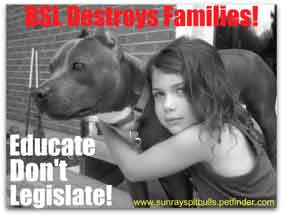 BSL typically prohibits the breeding and ownership of certain breeds or types of dogs categorized as “dangerous” or “aggressive”, which is based on attack records or aggressive potential.46 However, any dog can be prepared for attack and a precise determination of breed may not be posible.8,13 Obtaining a honest attack record is difficult due to scarce data on the reference population, incomplete breed registration, incorrect breed identification, the number of nonpurebred dogs, and the narrow scope of relevant studies.6,14,46 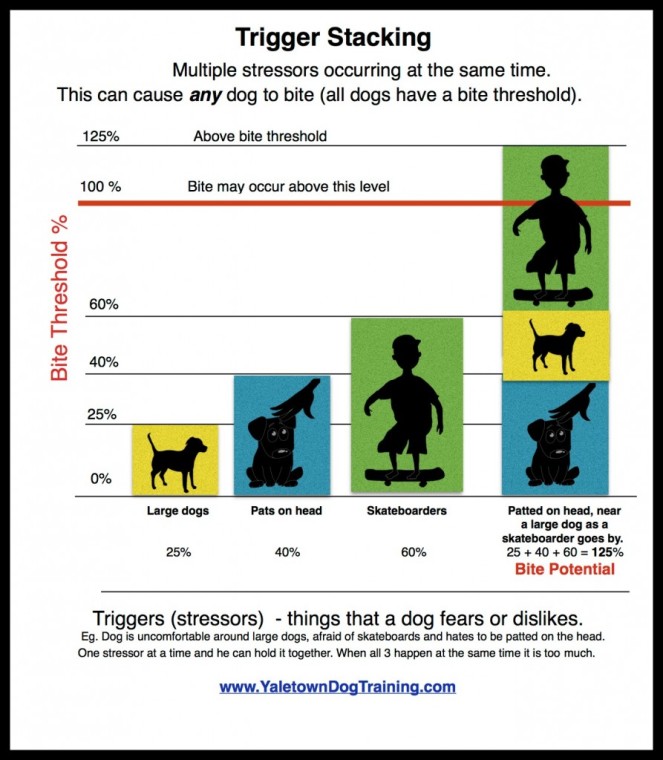 Moreover, while BSL is rarely based on such records,46 periodically there are reports of other breeds responsible for maulings and deaths.4 Saint Bernard, Great Dane, Golden Retriever, Collie, Labrador Retriever, Dachshund, and Yorkshire Terrier are not aggressive breeds, but they have mauled persons to death on occasion.14 Great Danes caused the most reported human dog bite-related fatalities between 1997 and 1998 in the United States, and since 1975, dogs belonging to >30 breeds have been responsible for fatal attacks on people.14 Cornelissen and Hopster affirmed that all dogs can bite and therefore one should always be careful when interacting with a dog, even a family dog and during play. 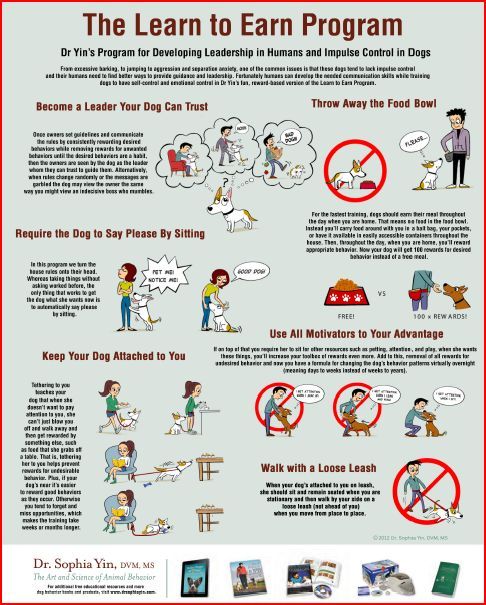 The authors “found that the Jack Russell terrier was responsible for approximately 10% of bites, and 8/10 of the most popular breeds were the most common biters (including the highly polymorphic group of mixed breed/mongrel)”.46 Furthermore, the necessary objective methods of determining the breed of the involved dog (pedigree analysis and DNA testing) are potentially time consuming, expensive, and mostly complicated efforts.14 Inconsistencies are not unusual.

Although the German Shepherd has been associated frequently with fatal attacks,15,44 this breed is not considered as dangerous by some legislation,45 and it is used by both the army and the police or as a guard dog.44 This is not a minor point; police dogs are trained to bite with strength, using the entire mouth (including their whole set of teeth), resulting in more serious wounds. Fighting dogs are trained to attack other dogs and not people, unlike police dogs.44

Similarities between banned types and other dog breeds such as the Pit Bull and the Staffordshire Bull Terriers are apparent, and experts are needed for correct identification. Thus, the potential for wrongly identifying a dog may result in a dog being held within kennels for long periods or a breed/type being overrepresented in incident reports.44 BSLs do not address the fact that a dog of any breed can become dangerous when bred or trained to be aggressive.14 A change in the current regulations would prevent dogs that are not dangerous but may belong to a specific breed/type from spending long periods in kennels.44 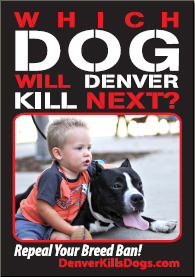 An alternative to BSL is to regulate individual dogs and owners on the basis of their behavior.14 Most of the responsibility for such attacks lies with the dog owner.7 In terms of some legislatures, “a person who keeps or controls an animal in his own interest is liable ‘without fault’ because he/she creates an increased risk of harm to the community”.8 Generic nonbreed-specific dangerous dog laws can be enacted that place primary responsibility for a dog’s behavior on the owner, regardless of the dog’s breed. If dog owners are required to assume legal liability for the behavior and actions of their pets, they may be encouraged to seek professional help in training and socializing their pets.14 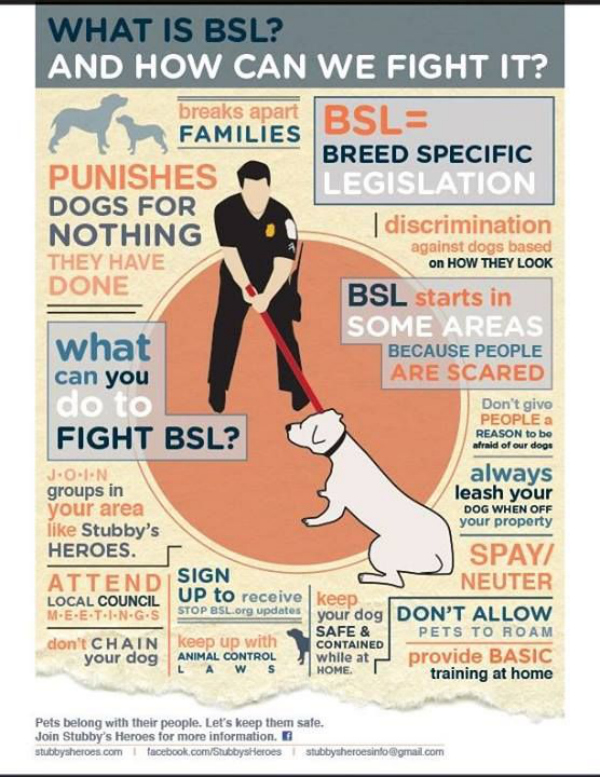 Dog bite mark analysis should be consistent with a multidisciplinary plan of action involving different forensic experts as pathologists, odontologists, veterinarians, biologists, crime investigators, and others.8 The scientific inclusion/exclusion of the dog involved, regardless of the final destination of the animal, must be one of the explicit goals of the forensic approach in these cases because of the possible serious criminal, legal, and/or financial consequences for the owners of the animal.19,31 De Munnynck and Van de Voorde underlined that if dog bites are to be prevented, it is necessary to comprehend not only the particular conditions but also the behavior of both victim and dog.2

The “Calgary model” is a viable alternative to Bsl

It is imperative to recognize that companion animals require to understand appropriately this relationship as “a complex subject”.32 Programs should strive to ensure that dogs receive proper socialization, exercise, and attention; that they are given adequate food, water, shelter, and veterinary care; that they are neutered if they are not maintained for legitimate and responsible breeding purposes; and that they are trained humanely and confined safely.14