Tennessee man mauled to death by Rottweiler he had adopted that day. – Daily News

This dog has been called a Rottweiler. Identified as a Rottweiler. Yes somehow, due to mystical bull shit powers of BSL Advocates… it has turned into a pit bull mix. I kid you not. 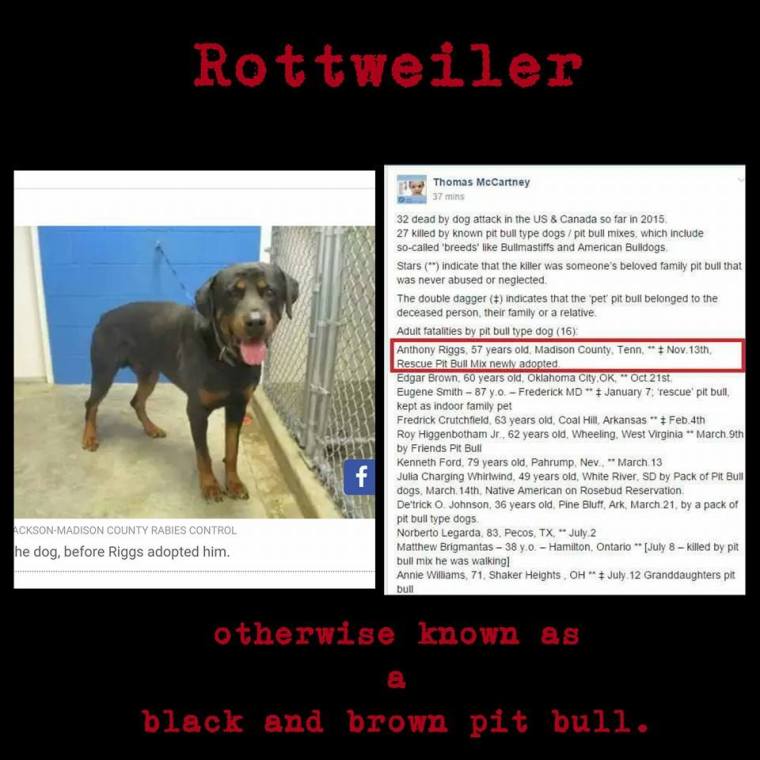 We have actually reached out to Jeff Borchardt, founder of Daxton’s Friends to ask for him to clarify his stance on why he feels that the media has misidentified this dog as a Rottweiler yet, he refuses to respond.

Posted by zombiesanddogs.org on Tuesday, November 17, 2015

However, it seems as if their residential spammer and fake account Thomas McCartney will break it down for us….

…. and his reasoning falls flat. Ladies and Gentlemen, just another example of BSL Advocates, Dogsbite.org and Daxton’s Friends falsifying statistics.